skip to main | skip to sidebar

Nomad: Women on the Move 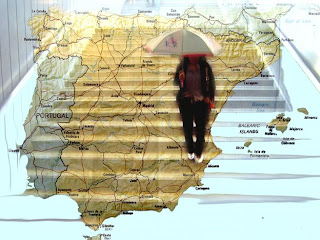 Collaboration between:
Cristina Fernandez, Dorothea Fleiss, Teresa Puig and Elizabeth Ross
Exhibition Openning 2009 February 21- on
NA-H- VISION Institute for International Culture Exchange Stuttgart
Through video, photos, audio materials, and objects, these artists will research in the cities where they live among the many women who are affected by migration.They leave their land, their families, their cultural roots and face an usually hard welcome in those rich promiseland nations. 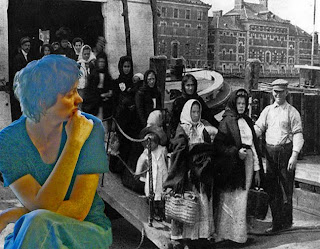 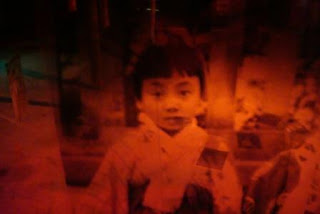 “Hundred thousands of humans live in the exile... For these emigrants exile means equally:Deprivation of citizenship, homelessness, disorientation, existence threat, shortage of money, language problems and political minority, connected with homesickness and the concern around the well-being being issued of home-remained related and friends. In contrast to the emigration, which covers the facts of any emigration, the experience of the exile always accompanies with restrictions and cutting the individual.Exile is the involuntary loss of linguistic, social and cultural roots.There is also the expression voluntary exile nevertheless; under what one can return, understand leaving the country, from usually political motivation or from fear – heavy punishments -. Today a way out of the bad life and a search for identity can be likewise regarded as.My contribution to the project „NOMAD: Women on the move “was, that I had dialogue with artists- women, who living in foreign country.Why they had or wanted to leave your homeland, how is they live today, how they can deal with it in a strange country to live and create, how affects it the lives and their work whether those are happy or unfortunate and if they had it once again the choice, they would go the same way?All of us have their roots, those are, where we were born, we ourselves can not decide where we are born, somewhere into a part of the world see we the light of the life and that are country, a language, a culture, which is we to get, with which we can to grow up, later, if we will arise, depending upon political and economic possibilities, some of us even decide, where they would like to live-in which part the earth, in addition, if we get a new nationality, our identity and the same remains because - leave our root traces, positive and negative, ever after our experiences"
Dorothea Fleiss
www.navision.blogspot.com
Keine Kommentare: 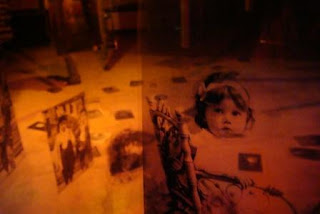 Nomad: Women On the Move

UMass Amherst Fine Arts Center - Augusta Savage Gallery USA
Nomad: Women On the Move
Collaboration between Elizabeth Ross, Teresa Puig, Dorothea Fleiss, and Cristina FernandezWednesday, April 1 - Friday, April 10 Through video, photos, audio materials, and objects, these artists will research in the cities where they live among the many women who are affected by migration. They leave their land, their families, their cultural roots and face an usually hard welcome in those rich promiseland nations.
http://www.umass.edu/fac/calendar/augusta/events/Nomad2.html
Keine Kommentare:
Startseite
Abonnieren Posts (Atom)